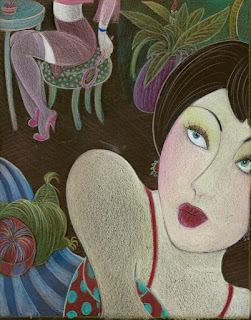 Some of the pencil portraits were on the slightly racy side which Google couldn't handle so I shuttered the blog. You can go there now if you like but there are very few images left and an echo ripples through its halls and empty spaces are on its walls!

The Secret Contained in the Number 11


Because of a tattoo on her forearm that says 011, 'Eleven' has turned up recently as a young girl's name in a popular TV series Stranger Things. And as it happens, 11 is about to become part of the few posts I'm planning to publish here featuring individual numbers. Tonight it's number eleven's turn under the spotlight so let's begin.

In Western Astrology, number 11 relates to the 11th sign of the Zodiac, Aquarius, and a horoscope's 11th house of Groups, Associations, Hopes-Wishes, and Collective Aspirations. This associates 11 with the influences of planets Saturn (ancient ruler of AQ) and Uranus (higher octave ruler, aka, co-ruler) and both planets resonate with Astrology, novelty or 'New Age' pursuits, other unusual or occult studies, futuristic or progressive design, past and future (ancient or vintage vs avant garde or modern) studies such as Archaeology, Genealogy, various branches of Science, alternative healing methods and/or practice, humanitarian endeavors, and more. Plus, houses, or departments of life, have their opposite house--here, it's a question of the 5th-11th polarity, aka, the self-will axis which includes 5th house Creative Pursuits, Romance, Children, Risk-Taking, and Gambling.

Now in esoteric realms the number 11 is intriguing to behold! It is equivalent in Hebrew to the letter Caph and is classed by some scholars as prosperous, and by some as having "an evil reputation", perhaps because there are said to be "11 Paths of Darkness." (Seems to me that one path of darkness is one too many but I digress somewhat.)

"In the Sepher Yetzirah the 11th Path is one of Glittering Intelligence for it is "endowed with special grandeur so that he who reaches the end of it with true understanding may be permitted to look upon the face of God and live." 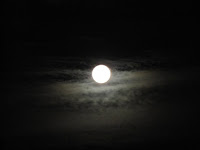 In occult symbolism, number 11 is represented by "A Hand Clenched; Force (pictured by a maiden closing the jaws of a lion); A lion muzzled." This calm maiden has that very look of true understanding on her face and is thus able to close the crouching lion's jaws without fear or pain. Although some form of violence may apply, liberty, power, courage, energy, and "success in fearless ventures" are indicated, plus, the knowledge of how to 'rule the stars'. One cannot understand God's laws unless he studies them."

For "if the Word of God be understood, man would know how to act when faithful action is needed. This is the secret contained in the number 11.

The Vibrations of the number 11 are Lunar."

And last but never least is the strange Uranian 11:11 phenomenon apparently inspired by the advent of digital clocks but that's a post of a different timber altogether.


Portrait: Ceres and Persephone, a pencil drawing on black paper by Jude Cowell: 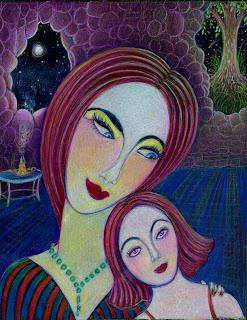